How to create Discord Server folders 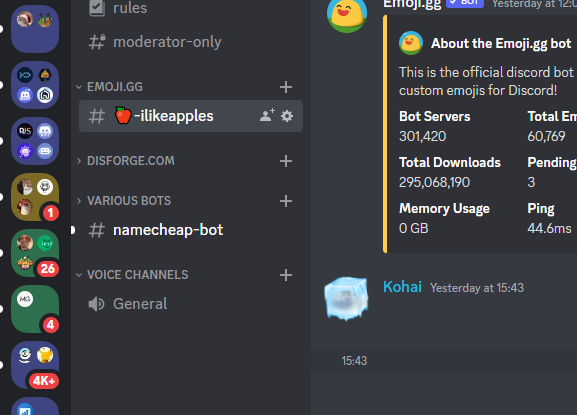 Server folders were added to Discord in 2019 and are a useful addition that helps keep your client organized since more often than not, you are in lots of servers that are mostly grouped around the same topic.

How to create a Discord Server folder

To create a Discord server folder you simply need to drag one server over another, this will automatically create a new folder that contains both of the servers you just dragged on top of eachother. You can continue just dragging servers into this folder as many times as you like, then when you are done you can right click on the folder to bring up a context menu with a few options. If you click on the folder settings option you can give the folder a name and background color, for example you can create a folder for fortnite servers and give it a purple color.

How to use Discord server folders

Discord server folders are a great organizational tool that lets you clean up your Discord server list. For example you can use server folders for keeping all of your gaming servers, emoji servers and friend servers separate. You can also mark entire folders of servers read at the same time which is extremely useful if you get a lot of pings in the servers you are in.

How to delete Discord server folders

If you want to delete a Discord server folder, you can too. All you need to do is drag all of the servers out of the folder and it will automatically be deleted. This is really useful if you accidentally create folders a lot or you want to re-organize your server list.

Server folders are client based, which means they are not account-wide. You will need to create folders on every device you use manually.

How many servers can you put in a folder?

You can put as many servers in a folder as you want, even all of them if you like.

When did Discord add server folders?

Interested in all things Emojis, Discord and Slack? Join our Discord community of over 600,000 users and learn how to grow and improve your presence on Discord.

You have no emojis in your collection yet...Click the icon on emojis to add some
Download zip Submit pack Clear all from collection
View ready-made packs